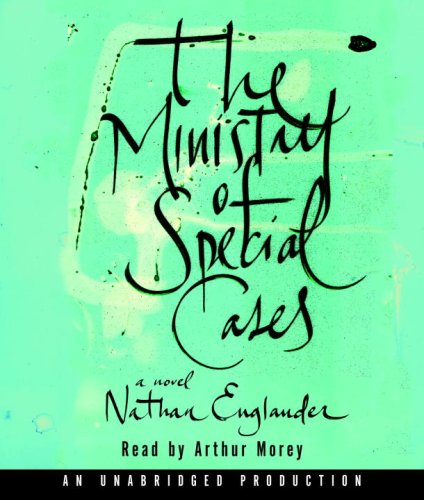 The Ministry of Special Cases

Morey’s dulcet theatrical tones offset the messy lives of the characters in Englander’s first novel about Jewish residents of 1970s Buenos Aires who live in fear of Argentina’s vicious military dictatorship. Against the backdrop of the dirty war conducted against leftists and activists, Kaddish Poznan scratches together a living vandalizing the gravestones of Jewish criminals who are embarrassments to their families, even in eternal slumber. Morey struggles manfully with the book’s religious terminology and outbursts of Spanish, but his reading is too mannered to render the vibrancy of Englander’s prose. His pauses are often too long, and his line readings sometimes lean awkwardly, and puzzlingly, on certain words. Nonetheless, Morey’s professional assurance means that, certain flaws notwithstanding, his reading flows along without overly noticeable interruption, accurately conveying the menace lurking behind every word, every sentence of Englander’s death-haunted tale.