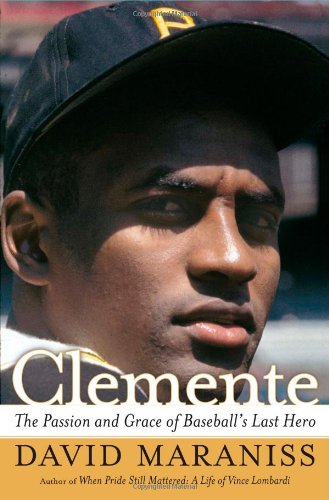 Clemente: The Passion and Grace of Baseball's Last Hero

If ever a baseball player were deemed worthy of canonization, right fielder Roberto Clemente might be the one. Jackie Robinson may have suffered greater hardships during his career, but Clemente's nobility, charity and determination make him far more appropriate for a postage stamp than a Nike commercial. After 18 distinguished seasons, the Pirate star with the astonishing throwing arm died in a 1972 plane crash while en route to deliver relief supplies to Nicaraguan earthquake victims. Considering the potential for hagiography, staffer and Clinton biographer Maraniss sticks to the facts in this respectful and dispassionate account. Clemente is a deceptively easy subject for a biographer: his acquired halo tinges past events and the accounts of his colleagues (although close friend Vic Power is frequently quoted to both admiring and frank effect). Clemente wasn't entirely virtuous—he had a temper and was sometimes given to pouting—but his altruism appears to have been a genuine product of his impoverished Puerto Rican upbringing. Maraniss deftly balances baseball and loftier concerns like racism; he presents a nuanced picture of a ballplayer more complicated than the encomiums would suggest, while still wholly deserving them. Photos.