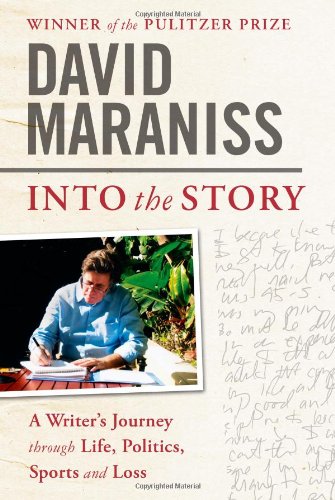 In this collection of previously published articles and excerpts from his books, Pulitzer Prize–winner Maraniss ( ) ranges over topics from the death of his sister and the deaths of strangers on September 11 to the political fortunes of Barack Obama, Bill Clinton, and Al Gore and the timeless contributions to sports of legendary figures like Vince Lombardi, Muhammad Ali, and Roberto Clemente. With his characteristic elegance, Maraniss explores in these sketches just how ordinary life is until it is not. Thus, he gathers memories from survivors that seem trivial—such as the student walking into his German class at Virginia Tech joking with his professor—but that provide a reflection of the universal in the particular. He also examines in these essays the odd, chaotic mixture of banality and horror in the tragic experience itself. Visiting Vietnam with American soldier Clark Welch, Maraniss witnesses Welch conversing with North Vietnamese villager Nguyen Van Lam—two sworn enemies over 30 years ago—and marvels at the connections of history and individual lives and the intentions that rip people apart and sew them back together. Maraniss wonders how Vince Lombardi might have reacted to the shift of power between players and coaches in today’s professional football world. Behind all his quaint notions of spartan discipline, team love, and obedience to the leader, Lombardi above all was adaptable, reacting to conditions quickly enough to bend things his way. Maraniss’s lively sketches illuminate the lives of significant cultural and political figures and intimately capture various moments that define modern American cultural history.