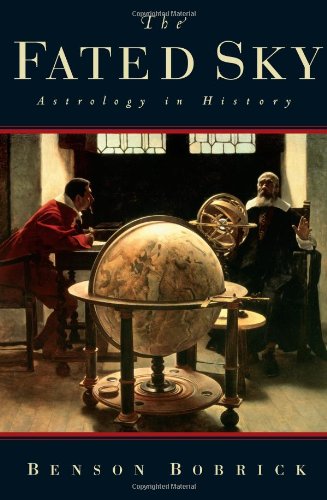 The Fated Sky: Astrology in History

In this lively work, historian Bobrick ( ) takes the reader on a kaleidoscopic journey through the history of the reading of the stars. As he shows, from astrology's birth 6,000 years ago in Babylonia to the Reagan White House, the stars have been studied, interpreted and followed: they drove Christopher Columbus to America, says Bobrick, and their study led to the sciences of astronomy and chemistry. While he gives a nod to the eastern mystics who originated astrology, Bobrick mostly traces the many threads of astrology as they weave through Western thought. Copernicus, Isaac Newton and even Martin Luther studied the astrology texts of their day, using them not only for personal guidance but as a tool in their own remarkable work. Attacked by establishment churches and debunked and scoffed at by contemporary science, astrology has stayed with us and flourishes. Not only are 40 million Americans ravenous consumers of astrology and dedicated followers of horoscopes, but, Bobrick says, astrology is reappearing in academe. With great passion and clarity, Bobrick has written the perfect thinking reader's companion to the daily horoscope. 16 pages of illus. not seen by .