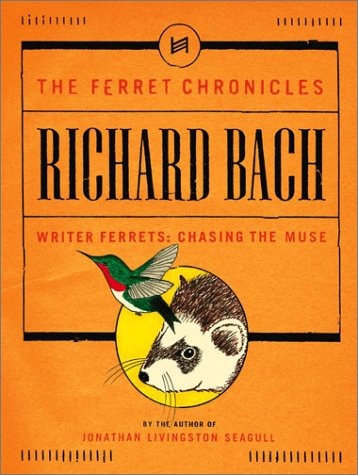 Bach stumbled in the first two volumes of his new series of fables ( and ), but this effort recaptures some of the sense of wonder that made a runaway bestseller. The protagonists are a pair of aspiring writers, Budgeron Ferret and his mate, Danielle, who are keen to climb the literary ladder. Budgeron, despite bouts of writer's block, has high hopes after selling a few short stories to some low-level magazines, and he hits it big when he publishes a series of novels for young ferrets (called kits). Meanwhile, Danielle pens a controversial romance "for the fun of it," which quickly becomes a bestseller. Much of the second half of the novel deals with the book tour that Danielle and Budgeron undertake together after becoming a successful literary couple. As hackneyed as the plot sounds, Bach's love of animals and reverence for the creative process keep the novel from becoming overly mawkish and sentimental; the icing on the cake is some tongue-in-cheek insight into the publishing process. The book also features crisp plotting, which was missing from the first two volumes of , and Bach's decision to avoid dwelling on the differences between the human world and his imagined ferret equivalent helps keep the prose economical. This is a lovable, entertaining story, which will tug at the heartstrings of even the most jaded.