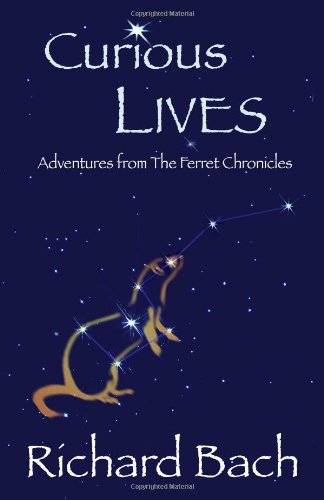 Beginning in 2002 with , Bach ( ) served up a series of feathery adventure fables about a fantastical world populated by virtuous ferrets. Originally published by Scribner, the five books have been smartly condensed, repackaged, retitled and reshuffled into this stand-alone digest. The opening selection, "Shamrock," is a terrific introduction to the Ferret Chronicles, a story about a brave, inquisitive female detective named Shamrock Ferret, who uses her gift of psychometry (psychic recall) to unravel the mysterious celestial origins of the ferret population. "Budgeron and Danielle" (from Ferret Chronicle #3, ) deftly commingles themes of love and humility and insider revelations about the publishing business in a soft-hearted love story featuring a golden-furred, sharply dressed, frustrated novelist and his supportive wife, a "pawdicurist." The remaining fables tackle issues of salvation amid treacherous open seawaters ("Bethany"), Montana ranching and star-crossed romance ("Cheyenne and Monty") and high-flying ferret pilots ("Stormy and Strobe"). Bach's ferrets live by a rigid code of "Courtesies" ("I claim for others the freedom to live as they wish, to think and believe as they will. I claim that freedom for myself"), and their enchanting, moralistic adventures, distilled here to their essence, pack a big punch.