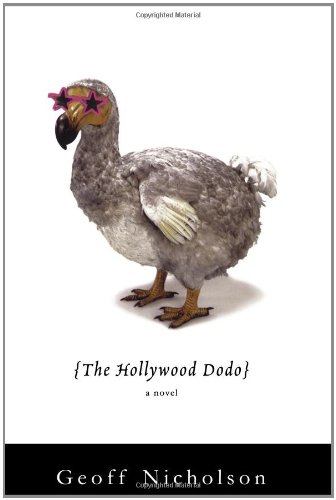 An extinct 17th-century flightless bird is at the heart of Nicholson's strained 15th novel, which follows three very different men from different times in their pursuit of the elusive dodo. Nicholson's alternating narrative is split three ways. In the present day, on a transcontinental flight to Los Angeles, Dr. Henry Cadwallader and his budding actress daughter, Dorothy, encounter (and revive) panic-stricken auteur Rick McCartney, who is hoping to get Hollywood to back his production of a movie about the dodo. At the center of Rick's screenplay is William Draper, a 17th-century Oxford University student obsessed with the acquisition and procreation of the bird. As Draper's life story unfolds, so does Henry's L.A. house-hunting and his lust for a sociable real estate agent, Barbara Scott. When Dorothy's acting prospects dwindle, Henry catches the talent agent's eye and decides to try his hand at acting, even though he's much embittered by Hollywood and its formulaic movie treatments. All of this nonsensical wackiness peaks at a mock-Tudor house that Rick has borrowed to produce both a porn movie and his long-awaited dodo film that he's persuaded Henry to star in. Nicholson's transparent characterizations unfortunately aren't strong enough to translate all the rampant silliness into hearty belly laughs, even with the poolside guest appearance of a mechanical dodo. Based on a clever concept that never quite gels, this doesn't reach the giddy heights of previous Nicholson black comedies like and .