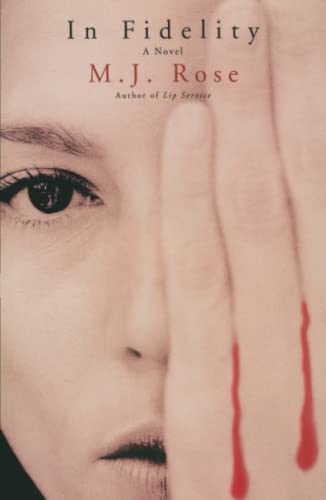 Rose made headlines and the talk shows after her Internet self-published first novel, Lip Service, became a bestseller on Amazon.com and elsewhere, and the first self-published novel to be bought by the Literary Guild. Her second novel, traditionally published (Pocket issued Lip Service in cloth and paper as well), is a suspenseful tale of murder, madness and forgiveness. Jordan Sloan is a successful Manhattan psychotherapist who has had a couple of hard knocks. Nineteen years ago, Jordan's father was murdered in his jewelry shop by Dan Mallory, an employee she had secretly been dating. Jordan's passionate marriage disintegrated five years ago when she caught her photographer husband, Robert Falconer, with another woman. The two maintain a cordial relationship, sharing their three-story brownstone in Greenwich Village with their 17-year-old daughter, Lilly, a budding photographer. As she begins to feel more confident about her ability to trust again, Jordan finally decides to move ahead and start divorce proceedings. But one of her new patients, Adrienne, a sexually aggressive narcissist, begins to trigger uncomfortable feelings in Jordan by alluding to her affair with a married photographer. Jordan and Robert find themselves on the same side in their mutual dislike of Lilly's older boyfriend, Cooper, who is threatened by Robert's artistic, nude photographs of Lilly. At the same time, Jordan discovers that Dan Mallory, her father's murderer, has been released from prison much earlier than expected. When Jordan starts receiving mysterious phone calls and seeing shadowy figures in her daughter's photographs, she becomes convinced that the ""rehabilitated"" prisoner is threatening her family. Rose fails to connect all the dots of the various subplots but, overall, she offers an entertaining, at times exciting, read. (Jan.) Forecast: Like Lip Service, In Fidelity escapes easy categorization, falling somewhat short of a thriller but with just enough tension to push it out of the general category of women's fiction. But Rose is becoming her own category (and doubtless will prove an enthusiastic and indefatigable booster for the book); her name is well known now, and should attract curious readers.
close
Details