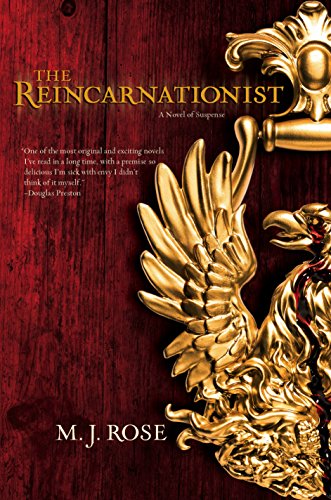 Best known as an author of erotic thrillers, Rose ( ) delves into religious myth and past-life discovery in her well-paced ninth novel. In present-day Rome, a terrorist bomb explosion triggers flashbacks of pre-Christian Italy in photographer Josh Ryder. Josh experiences the memories as Julius, a pagan priest defending the sacrosanct monuments of his gods and the life of his vestal virgin lover against the emperor-mandated onslaught of Christianity in A.D. 391. Six months later, Josh has teamed with the Phoenix Foundation, an institute specializing in past-life memories in children, to explore a newly excavated tomb that may contain pagan memory stones that incite past-life regressions and will, by proving the existence of reincarnation, challenge the church. The stakes rise after it becomes clear that dangerous outside forces also want the stones. In a series of memory lurches, the narratives of Josh and Julius slowly wind together to reveal a –esque tale of intrigue that’s more believably plotted and better meets its ambitions than Dan Brown’s ubiquitous book.