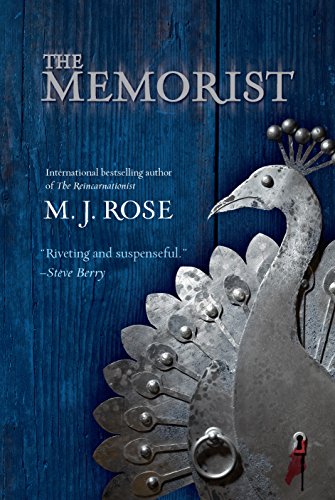 Near the start of Rose’s fascinating follow-up to (2007), Meer Logan visits the Manhattan office of Malachai Samuels, the erudite head of a reincarnation foundation. When Malachai shows her an auction catalogue photo of a gaming box once owned by a friend of Ludwig van Beethoven, the photo closely resembles a sketch Meer made as a child based on what Meer wishes were false memories. Malachai believes Meer has been haunted by past-life memories, in particular those of Margaux Neidermier, whose husband in 1814 asked Beethoven to decipher a song inscribed on an ancient flute. The box turns out to contain a Beethoven letter suggesting the composer didn’t destroy the “memory flute” as he claimed to have done at the time. When the box is stolen soon after Meer examines it, she heads to Vienna for answers. Alas, others are on the same trail, including FBI Special Agent Lucien Glass of the Art Crime Team, Austrian authorities and assorted thieves. Rose skillfully blends past-life mysteries with present-day chills. The result is a smashing good read.