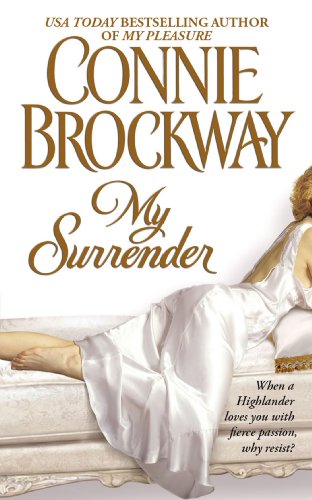 In the final installment of RITA Award–winner Brockway's Rose Hunters Regency trilogy ( ; ), Charlotte, youngest of the Nash sisters, behaves like a flirt and a romp (words trotted out by the author a bit too often to describe her) in order to spy more effectively on enemies of the Crown. When St. Lyon, a French loyalist resident in London, lays hands on a valuable letter, Charlotte is determined to do what she can to retrieve it. Unfortunately, the only way to get close to St. Lyon is to pretend to be his mistress—and to be convincing, she must allow herself to be ruined very publicly. Who better to do the ruining than attractive fellow spy Andrew "Dand" Ross? The two are unable to deny the passion they feel for one another, but Charlotte's decision to destroy her reputation strains their relationship. While readers will enjoy seeing Charlotte more fully developed than in her sisters' tales, the prospect of her impending prostitution casts a pall over the book. Dand, too, is so dark and brooding that he becomes almost a caricature of himself, and the novel's resolution feels almost madcap when compared to the narrative's earlier slow pacing.