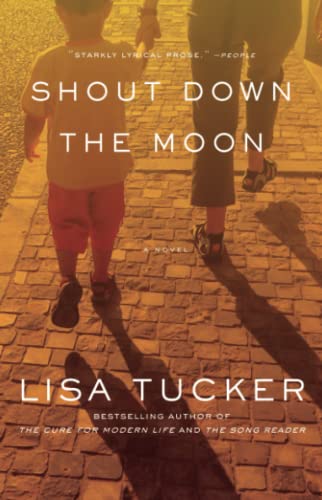 SHOUT DOWN THE MOON

Tucker's follow-up to her BookSense bestseller, , is even more commercially appealing, thanks to a ratcheted-up suspense angle that still allows for well-drawn, emotionally nuanced characters. Once again, music is the motivating factor for change in Tucker's world of jazz musicians singing the blues. Patty Taylor is determined not to settle for dead-end dishwashing jobs and life with her emotionally abusive, alcoholic mother. Her new job as the lead singer in a traveling jazz band, though hardly glamorous, provides hope for a future for her and her two-year-old son, Willie. But when Willie's drug-dealing father, Rick, is released from prison and breaks his parole to track them down, she must fight being pulled back into his violent world. Patty's tentative romance with Jonathan, the head of the band, builds her confidence as a performer and woman but also maddens Rick, who wants Patty by his side, even if he has to kill her to keep her. Tucker's unsentimental portrayal of Patty's conflicted loyalties—she once genuinely loved Rick, who saved her from her mother—gives the novel depth and complexity, as does Patty's struggle to learn the ropes of the jazz world and become more than just a pretty pop singer. It is her love for music and her devotion to her son that give her the strength to resist Rick and get her through the novel's surprisingly violent climax. Tucker's compulsively readable tale deftly moves over the literary landscape, avoiding genre classification; it succeeds as a subtle romance, an incisive character study and compelling woman-in-peril noir fiction.