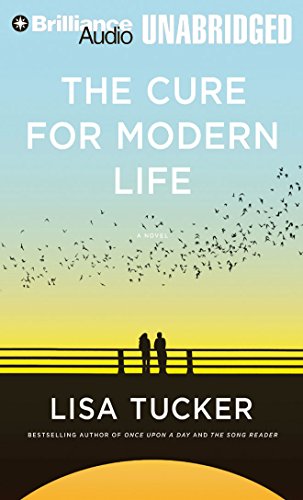 The Cure for Modern Life

Scott Brick doesn't have to do a lot of vocal calisthenics to bring Tucker's compelling story line to life. The award-winning narrator knows he need only adjust his tone and timbre ever-so-slightly to distinguish the novel's numerous characters. As the story is told from the point of view of three different characters, Brick is usually inside the head of each narrator, so listeners don't need a lot of overt vocal cues. Tucker's fourth novel is ambitious in scope and topic, but achingly intimate. She dares to have characters grapple with social issues such as poverty, addiction and corruption in the pharmaceutical business, but never lets the hot button issues overshadow her fascinating, fully-dimensional characters. Brick doesn't miss any of the novel's sly humor and happily embraces scenes of casual sarcasm. And when several of the novel's dramatic twists are revealed, Brick is peerless in his ability to break listeners' hearts with his emotion-choked restraint.