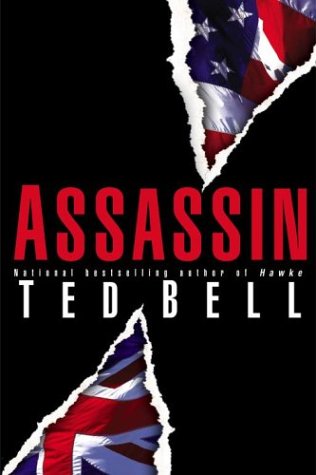 Experienced action-adventure readers know that it's almost never a good idea for their favorite heroic characters to get married. In the opening pages of Bell's fast and furious second novel featuring the large-living Alexander Hawke, the groom-to-be is having a case of nerves, and readers will find themselves uneasy as well. Sure enough, Hawke's intended, the lovely Victoria Sweet, is shot dead by a sniper minutes after the wedding ceremony. Meanwhile, America has been targeted by the nefarious Snay bin Wazir, known as the Dog for the curious doglike sound he makes when laughing, usually while throttling someone to death. Hawke is joined once again by his "merry band" of series regulars in stopping not only bin Wazir but in finding Victoria's killer, the infamous Scissorhands, risen anew from the pages of the previous Hawke novel. There's a huge cast of colorful killers in a conspiracy spanning the globe, and Hawke and company race from New England to Indonesia dodging bombs, poison and exploding shoes. Whether the novel is taken as a grown-up boy's book or a modern thriller, readers will be caught in the whirlwind of action and find themselves having a grand old time.