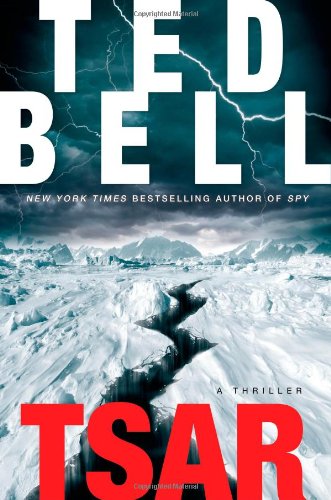 In bestseller Bell's rousing fifth thriller (after ), Alex Hawke fights the leaders of a new and invigorated Russia, where Vladimir Putin has been locked up in a lethal prison built over a massive radioactive waste site. Evil mastermind Count Ivan Korsakov (aka the Dark Rider) is determined to return Mother Russia to her rightful place in the world order by reacquiring her former colonies, after which he intends to conquer Europe and reign as the new tsar. The only thing standing in his way is Hawke, who, as series fans well know, is more than up to the task of thwarting those who try to take over the globe. Life throws Hawke a curve when he finds himself falling in love with the astoundingly beautiful Anastasia, who just happens to be Korsakov's daughter. As always, Bell pulls out all the stops with terrific action scenes, fiendish murders, diabolical villains, dramatic rescues and all the cool weaponry the reader could possibly hope for.