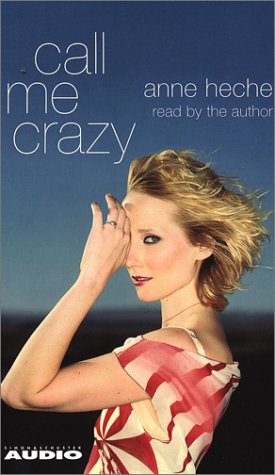 CALL ME CRAZY: A Memoir

Actor Heche became tabloid fodder for her lesbian relationship with comedian Ellen DeGeneres and a bizarre incident in which Heche showed up at a stranger's door raving about a spaceship that was coming to take her to heaven. In this harrowing autobiography, Heche unflinchingly lays bare the abuse and psychological trauma that led her to that moment. She grew up in a fundamentalist Christian family rife with dysfunction (e.g., a father who, she says, sexually molested her). Her resulting case of herpes went untreated because her mother didn't believe in doctors. Heche's father also disappeared for weeks at a time (she later learned he was stealing away to have homosexual affairs) and rarely seemed to be employed. The children were forbidden to ask any questions, under threat of being beaten with a wooden spoon. Now, with 13 years of therapy behind her, Heche is able to talk insightfully about her emotional landscape. At one point, she believed herself to be a heavenly messenger from a "fourth dimension" of pure love; looking back, she realizes that this insanity was her subconscious way of surrounding herself with the love she craved, after being coldly rejected by her family. Heche says that she was attracted to DeGeneres's strong self-image, so different from her own shattered psyche. She doesn't describe herself as a lesbian, saying, "I fell in love with a person, not a gender," and was surprised and appalled that the relationship evoked such a strong negative reaction in the media. Heche is a superb narrator. Raw with emotion, her voice is by turns sorrowful, enraged and hopeful, drawing the listener into her story.