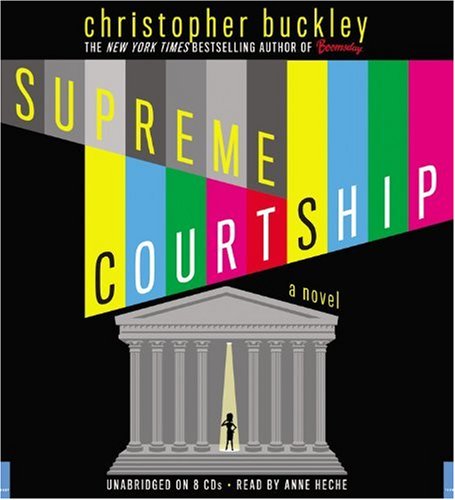 It's a delicious prospect: what if a beleaguered president decided to nominate a TV judge to the Supreme Court? Buckley effectively ransacks the Washington political machine for his newest novel, disarmingly read by Anne Heche. No stranger to controversy herself, Heche takes a special glee in depicting media gone mad. For Pepper Cartwright, the “plain ole girl from Plano” who finds herself on the bench, Heche effectively channels Annie Potts. Yet Heche is equally effective delivering the rest of the overwhelmingly male characters, ranging from the Midwestern President Vandercamp to a patrician fixer and Pepper's flashy producer husband. Supreme satirical novelist Buckley gives the narrator plenty of clues, and Heche delivers the annoying laugh and calculating tones of justice wannabe Senator Mitchell with hilarious exactitude. Despite the preponderance of men in , it is the brilliant casting of Heche—who keeps Pepper present at all times—that gives this audiobook an edge over the print edition.