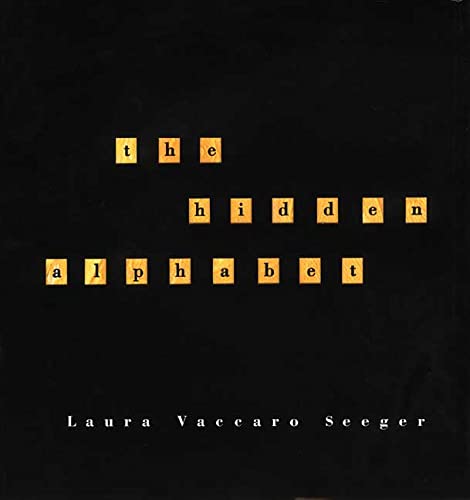 Seeger (), the niece of folksinger Pete Seeger, has devised an artful lift-the-flap ABC. From A to Z, labeled die-cut openings in glossy black paper purport to show an "arrowhead," "balloons," a "cloud" and a "door." When readers peek beneath the paper frames, however, they discover a letter of the alphabet. What look like two horizontal white "eggs" on a gingham napkin are also the indentations in a letter E. Two parallel "nails," tilting on a diagonal, turn out to be the slanted angles of the capital N. A plump white "quotation mark" against a red background doubles as the oval center of a Q. And the curvaceous hollow body of a "ukelele" forms the dip in the letter U. Seeger inverts positive and negative space in her paintings, whose warm colors glow from the windows in the light-absorbing black paper; she even incorporates die-cuts into the dust jacket. Her words and images indicate which letter lurks under each flap, and her variably sized rectangular windows give tantalizing hints to the "hidden" shapes. The design is unerringly elegant: each flap lifts from bottom to top to reveal a solid, symmetrical letter form, and the 26 folded pages, printed on tough heavyweight stock, make for a thick but not unwieldy volume. Seeger makes an interactive game of the alphabet and fashions a sophisticated presentation. Ages 2-6.