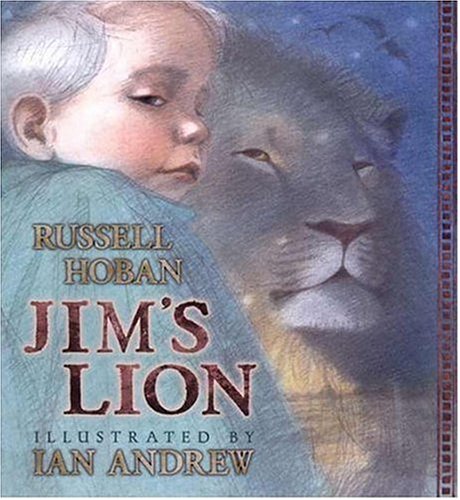 This mysterious story by veteran Hoban () may be more likely to frighten children confronting a hospital stay than to allay their fears. Young Jim is afraid that when the doctors put him to sleep, they might send him "somewhere that [he] can't get back from." Nurse Bami, originally from Africa, suggests that he has an animal "finder," and that she would "have been dead three or four times already" if not for her own "finder." Through a series of dreams and with the help of Bami's "don't-run stone," he discovers his finder; on the day of his surgery Jim bravely follows it—a steady, amber-eyed lion—into the "dark." While Hoban () sensitively develops the relationship between Jim and Bami, the book's discussions about illness may lead children to worries they might not otherwise have considered (e.g., when Jim's parents ask whether he will get better, the doctor answers ominously, "It depends... on what Jim has going for him"). Andrew's () luminous, soft pencil and pastel illustrations accentuate the warmth between Jim and Bami, and create intriguing dream sequences of scumbled images and pale stars. But with its complicated plot and its convoluted theme, this tale may perplex rather than soothe its intended audience. Ages 6-10.