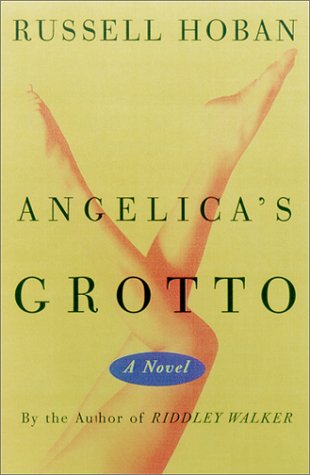 Harold Klein, the 72-year-old art historian protagonist of this quirkily charming book, reflects at one point that "pornography has always been part of the visual arts." To a man whose major work is on the French symbolist painter Odilon Redon, and whose current project is a book on Klimt's nudes, sexuality is an unavoidable element of art. But from these rarified artistic heights, Klein descends to a more prurient level when he clicks onto a Net sex site called Angelica's Grotto. Klein is already going through a crisis, having suffered a puzzling psychological breakdown similar to Tourette's syndrome: his inner voice, the one that provides a running commentary on the world, is no longer inner. He learns to solve the problems this creates by whispering into his hand. His psychiatrist, Dr. DeVere, thinks that Klein's strange affliction signals some disconnection between his life and his feelings—especially the guilt and anger he feels over the suicide of his second wife, Hannelore. In her cyber-grotto, Angelica (real name, Melissa) is eliciting responses from male viewers for a thesis on sexuality she is writing, and chooses Klein as a chat partner. Eventually, they meet in person (after the near-rape of Klein by one of Melissa's associates) and act out their fantasies in a sadomasochistic, May/December affair. Hoban () has fashioned an intensely conceived coda to the verities of desire and fulfillment—not to mention trust, honesty and pornography—and Klein is a sharp, funny and intelligent protagonist whom readers will find it hard not to like.