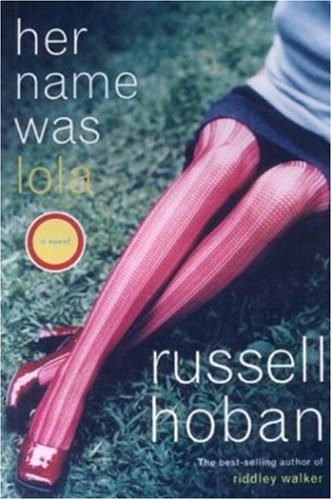 HER NAME WAS LOLA

Hoban ( , etc.) spins a light, wry fantasy about a middle-aged writer's past misdeeds, faltering career and misapprehensions about love. Max Lesser, a writer of "novels that don't sell, children's picture books that do," is on his way to lunch when a smelly dwarf, invisible to all but Max, affixes itself to him. Named Apasmara ("forgetfulness" in Hindu mythology), the dwarf reminds him not to forget his long-lost love, Lola Bessington. Subsequent flashbacks reveal how Max met the youthful, well-to-do Lola at a London record shop and promptly decided that she was his "destiny." Of course, then he quickly enjoys a flirtation with a curvy Texan, Lula Mae Flowers. Both women get pregnant; Lola disappears; and, oh, the battles Max has with his logical mind. He also spars with his protagonist, Moe Levy, whose "Page One" he can't even write, and Charlotte Prickles, the popular hedgehog heroine of his children's series. Meanwhile, Lola, accompanied by her new son Noah, finds enlightenment at a Zen center called Diamond Heart, where she learns to play the sarod and composes a raga that will eventually bring her and her love together again. Hoban's quirky, tender tale progresses in brief chapters and playful leaps to come looping back full circle; some readers will enjoy the journey, while others will find that Hoban's form trumps his content.