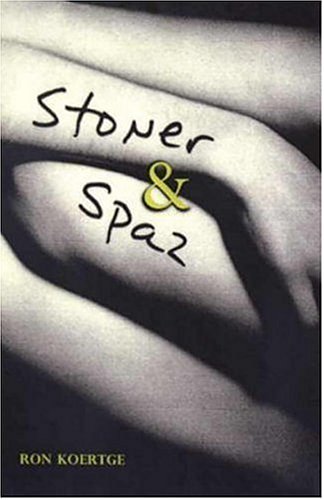 Perhaps not since has there been such a likable unlikely romance. "Since I've been pretty much treading water all day, the marquee of the Rialto Theatre looks like the prow of a ship coming to save me," begins narrator Ben Bancroft, a 16-year-old who has cerebral palsy. Koertge's () opening scene sets in motion the novel's key elements: Ben's black humor and his love for movies, both of which keep him afloat, and his chance face-to-face meeting there with Colleen Minou, a drug addict (who looks like Helena Bonham Carter "in ... pretty in an edgy, ruined way"). After Ben meets a new neighbor who happens to have made a short documentary for a film class (the novel, after all, is set in Los Angeles), he starts one of his own, . Thanks to Ben's razor-sharp perceptions and Koertge's sophisticated plotting, every character here seems fresh and interesting, from high school would-be stand-ins like jocks and unwed mothers to Ben's grandmother, who has raised him since his mother took off. For instance, when Ben interviews a gay teen for his film, he asks, " 'Do you ever stand in front of the mirror and wish you were different?' 'Only every day.' 'Do you want to be not gay?' 'No, I want to be better looking.' " The euphoric highs and rocky cliffs of Ben's blossoming relationship with Colleen echo the girl's fight against her addiction. Ben's pragmatic point of view, developed over years of struggling with his handicap and his mother's abandonment, serve readers well as the novel reaches its realistic close. Ages 14-up.