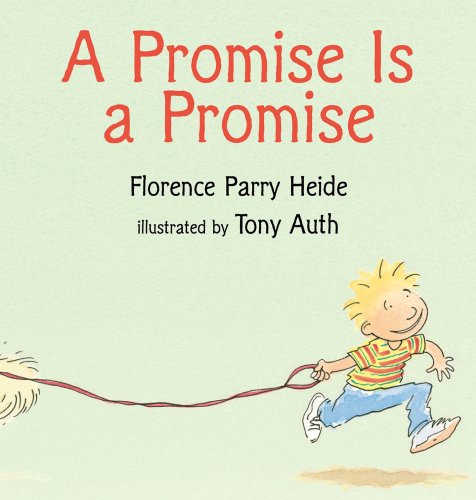 A Promise Is a Promise

This story, which amounts to an overextended setup for a “gotcha” punch line, stars a boy named George who persuades his parents that he needs a pet (“I'm the only kid in town who doesn't have a pet. I'm probably the only kid in the whole who doesn't have a pet”). George's parents summarily reject his first round of candidates: a dog is too high-maintenance, a mouse is too fecund (“ 'Nothing that scampers,' said George's mother. 'And nothing that multiplies.' ”) and a shark is too carnivorous. But George finally gets his parents to swear (hence the title) that that they will let him let him keep a bird—no matter what. Kids will see this one coming a mile away. The bird is the worst of the bunch: an obnoxious parrot who calls Mom a boob and Dad a nincompoop, and loves to remind both of them, to George's delight, that “A promise is a promise!” While it's true that children love to see grownups eat their words, despite a handful of mirthful moments this story comes across too flat and flimsy to provide a satisfying degree of . Ages 3-9.