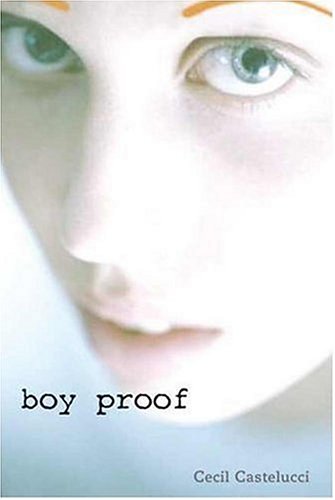 Debut author Castellucci gives voice to a memorable teenage narrator, Victoria Jurgen, living in Hollywood. A senior at Melrose Prep, she has set her sights on becoming valedictorian. She not only aces her AP classes, is photographer for the school paper and a member of the Science Fiction and Fantasy Club, she has also seen the movie 42 times and calls herself "Egg," after the heroine in the movie. Egg even shaves her head and wears a white cloak like the movie's star (her mother says that Egg's appearance makes her "boy proof"). "Egg is a woman who can't afford to get close to anyone," she says. But a cascade of subtle changes begin with the arrival of classmate Max Carter. Suddenly Egg bumps into him everywhere; they share the same interests, and she respects his intelligence in spite of herself (after reading his poem in class, she says, "I thought he was stupid. Now I know he's gifted, just like me"). Through Egg's narration, Castellucci allows readers a glimpse of the girl's inner struggle and prickly exterior. Some wrenching moments arise when Egg's mother, an actress whose career was put on hold due to her pregnancy, tries to connect with her daughter and is rebuffed. And with just a few scenes, the author demonstrates how much Egg resembles her father, an Oscar-winner for his creatures in a sci-fi film. Castellucci effortlessly paints a picture of Hollywood as a setting that shapes her characters as much as they shape it. Egg's journey to shed her trappings and to confidently inhabit her own character is one readers won't want to miss. Ages 14-up.