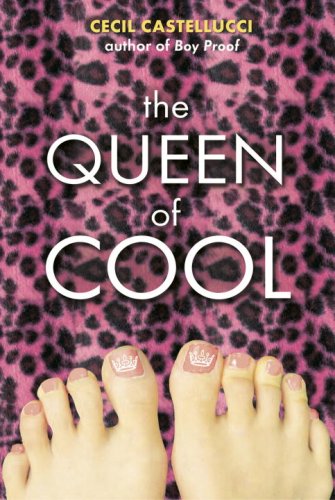 The Queen of Cool

Libby Brin, the Queen of Cool, is bored. "Everything is ." The 16-year-old finds no excitement in her classes or even her friends—beautiful Perla, whose "every move results in a disco effect"; Mike Dutko, to whom Perla gives hand jobs in a school bathroom stall; unflappable Sid, who's in a band; and handsome Kenji, with whom Libby often plays "kissy face" but also has "an understanding." To create some drama, she peels off her "fabulous purple gown" at the Fall Formal, puts a paper bag over her head, and streaks (in her underwear) through the gym—then asks herself, "What is wrong with me?" Her apathy sets the stage for cool Libby to do the unthinkable: she signs up for an internship at the Los Angeles Zoo. The brief, episodic chapters make it hard for readers to get to know any of the characters deeply—but perhaps that's the point. They aren't deep—except for "Tiny" Carpentieri, a dwarf, and Tiny's friend, overweight Sheldon, who are also both interns at the zoo, and whose strong sense of self begin to affect Libby in positive ways. ("All this time I've thought I was an girl. Really, I am the Without- girl," she realizes, as Perla moves in on Kenji.) The changes in Libby may not be as compelling as the subtle shifts in Egg, the heroine of Castellucci's debut , but readers may well enjoy watching Libby grow up, and hope for more from this promising author. Ages 14-up.