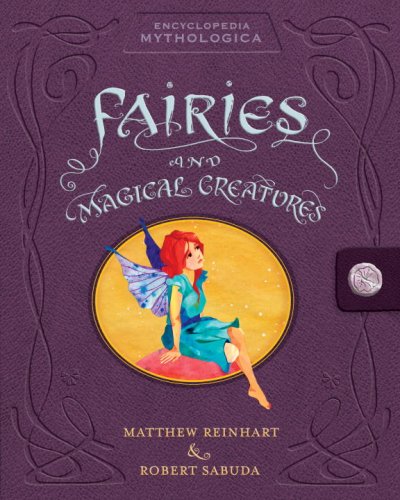 Initiating the Encyclopedia Mythologica series, Reinhart and Sabuda preserve the complex format of the Encyclopedia Prehistorica series: a dramatic pop-up towers over each spread, surrounded by flaps and corner gatefolds that open up more surprises. The subject matter ranges from Pegasus to Perrault, Titania and satyrs to Serbian lore on approaching an enchanted bird (it involves no bathing for 40 days and carrying eggs in the armpits). As inventive as Reinhart and Sabuda's admirers expect, the paper engineering consistently enhances the text: it's frequently integral, not merely an added novelty. In a section on changelings, for example, a pull of a flap switches a baby into an imp. Note that the emphasis on global legends as well as a palette heavy on blues, purples and reds widen the audience way past the girly-girl set. FYI: Sabuda watchers can expect his from Simon & Schuster in November. Ages 5–up.