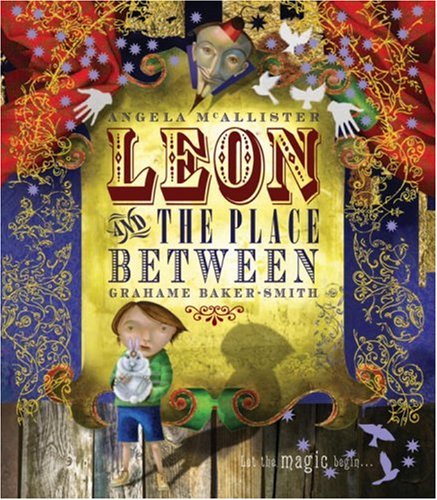 Leon and the Place Between

When young Leon volunteers to take part in a magician's disappearing act, he is transported to a glittering limbo where all magical props—cards, coins, rabbits, a magician's assistant or an audience member like himself—wait before being summoned back with another wave of a hand or wand. Baker-Smith's moody, gold-filigreed digital pictures, which will remind many readers of the movie , conjure up the excitement of surrendering to suspended disbelief (die cuts and a gatefold add extra pizzazz to the spreads, although the story isn't significantly helped by their presence). Unfortunately, McAllister's writing does not take the story beyond its promising premise, and Leon's time in “the Place Between” is over almost before it starts. Additionally, the typography, which is set in tidy rectangles and modeled on theatrical posters, while stylistically consistent with the feel of the book, is a jumble of fonts and capitalizations. For readers, the magic is in the artwork. Ages 5–8.