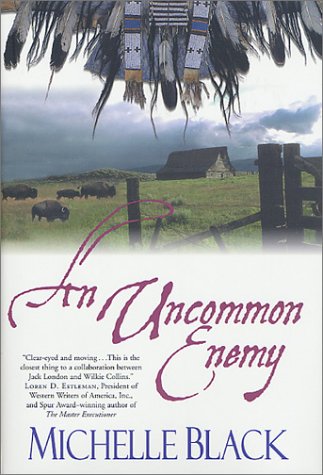 Strong characters, smart narration and a fast-moving plot distinguish this latest historical novel by Black. On November 2, 1868, the Seventh Cavalry wiped out a Cheyenne village on the banks of the Washita River. Though it was referred to by the army as "the Battle of the Washita," Thomas Murphy, superintendent of Indian affairs, believes it was a massacre and resigns in protest. Lieutenant Colonel Custer, then at the beginning of his campaign against the Cheyenne, needs a witness to back his version of the event. As Black's novel begins, he thinks he has found one in a white woman who has survived four years of Indian captivity. Eden Murdoch served as a nurse in the Civil War, then married a handsome soldier, discovering too late that he was a brutal, narrow-minded man. While attempting to escape him, she was abducted by a band of renegade Indian warriors and, after much suffering, rescued by a Cheyenne tribal medicine man, Hanging Road, a young man she came to love. Custer is dismayed to find that she will not denounce her captors as "savages" and, in fact, seems to regard his men as not rescuers but aggressors. He appoints his young captain, Brad Randall, to see if he can learn the facts of Eden's captivity. Randall is a naïve but decent man who comes to understand Eden's respect for the Cheyenne. Black's take on Custer's cruel command is nuanced and well researched, her story of his encounter with Eden based on a cryptic remark Custer made in his field notes the day after Washita. Eden's forthrightness is not always believable —waiting impatiently for a bath in the custody of soldiers, she strips naked in front of them—but her plucky humor makes her an appealing protagonist.