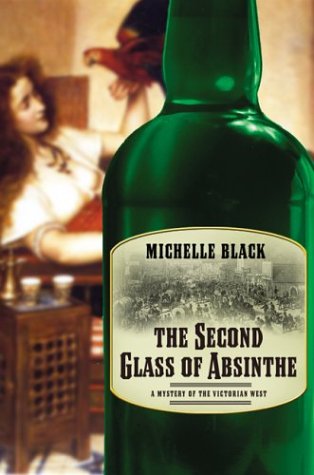 THE SECOND GLASS OF ABSINTHE

Despite its wonderfully realized setting (Leadville, Colo., in 1880) and arresting title taken from an Oscar Wilde aphorism ("After the first glass [of absinthe] you see things as you wish they were. After the second, you see things as they are not. Finally, you see things as they really are, and that is the most horrible thing in the world"), Black's latest Victorian western mystery (after 2002's ) comes across largely as a missed opportunity, due to slack placing. Having lost all his money gambling, Kit Randall becomes a kept man, the plaything of wealthy Lucinda Ridenour, widow and heiress to the Eye Dazzler mine. When someone stabs Lucinda to death with a wolf's-head pocketknife similar to the one Kit owns, Kit flees and takes refuge with Bella Valentine, a prostitute-cum-fortune teller. Numerous other suspects include the mine foreman and the foreman's wife. Striking miners and the imminent arrival of former President Grant complicate the equation. All in all, the story contains the makings of an engrossing mystery, but the action is so strung out readers will find it difficult to care who killed the heiress or why. The authentic period detail, however, should provide satisfaction enough for many fans, especially those for whom the crime-solving is incidental.