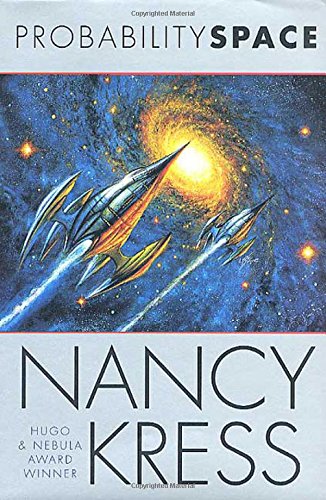 The action-filled final volume in Kress's Probability Trilogy (; ) spectacularly resolves the human-Faller stalemate. The story's setting moves from Earth to Mars to the planet World, all of which lie within the nexus of wormholes that somehow link space together. Central to the security of humanity is an alien artifact that has the capacity to protect—or destroy—entire star systems. Two of these devices are known to exist: one is held by humans, the other by the alien and hostile Fallers, with whom humanity is at war. When a military coup knocks the current leader out of power and he's replaced by a fool, Pierce, three people realize that Pierce may seek to use the artifact to utterly annihilate the Fallers—and likely the fabric of space-time. Physicist Tom Capelo, who found the artifact, military man Lyle Kaufman and sensitive Marbet Grant concoct a wild plan to save the day, a plan that involves hijacking the artifact and making direct contact with the enigmatic alien race. Meanwhile, Tom's daughter, 14-year-old Amanda Capelo, finds herself on the run as she's chased by military personnel who believe she knows something about who kidnapped her father. Worse, the young Greek man who befriends her may not be trustworthy. Admirers of the author's shorter work may be put off by inconsistent characterization and some utterly improbable situations, but followers of the trilogy will find much to enjoy here.