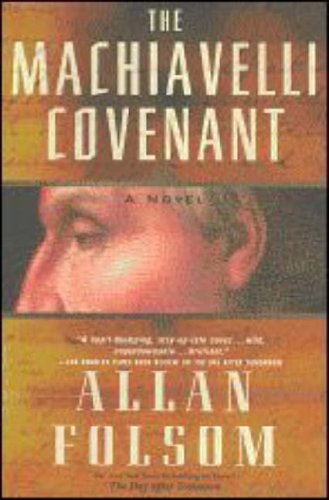 Nicholas Marten, the ex-LAPD detective who played a major role in Folsom's (2004), pursues an international conspiracy in this frenetic page-turner long on action but short on plausibility. When an old love of Marten's, Caroline Parsons, dies of a mysterious infection shortly after her congressman husband and son perish in a plane accident, her dying words set Marten on the trail of a South African bioterrorist. The former cop soon finds himself allied with another man trying to foil a cabal bent on creating a new world order—the U.S. president himself, John Henry Harris. Harris flees his Secret Service protection after rejecting the plan of virtually his whole cabinet to assassinate the leaders of France and Germany and replace them with people willing to launch biological warfare on most of the Middle East. Unconvincing hairbreadth escapes and the failure to explore underlying political issues make for a routine thriller.