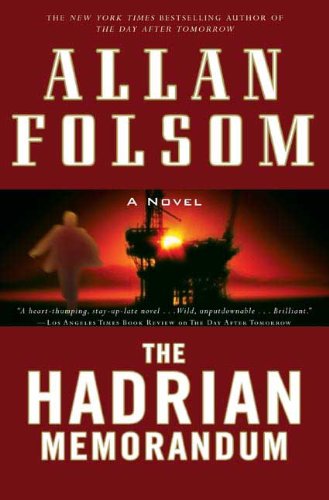 Bestseller Folsom's improbable sequel to his equally improbable (2006) takes ex-LAPD detective Nicholas Marten, who's trying to create a new life for himself as a landscape architect in England, to Equatorial Guinea, at the behest of the U.S. president, John Henry Harris, who became his confidante in the previous book. In a village on the island of Bioko, Marten meets Willy Dorhn, a 78-year-old German-born priest, who shows him photos of rebels being armed by members of a U.S. security firm hired to protect American oil workers. Soon after, soldiers who serve the impoverished country's brutal dictator attack the village, leaving Dorhn dead and Marten a fugitive. Marten's efforts to report what he's learned to people he can trust lead him to Germany and Portugal. Readers expecting a nuanced look at corruption in sub-Saharan Africa in the vein of John le Carré's will be disappointed.