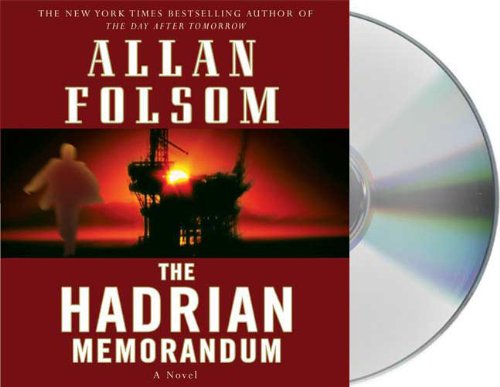 The first mystery in this abridged thriller involves the identity of the reader. The box says it’s Holter Graham, but the reader identifies himself on the disk, correctly one assumes, as Scott Sowers. Actually, Sowers’s voice, with its rat-a-tat edginess, is a better fit for a tale that is one long, breathless chase, from Central Africa to Berlin. The premise is somewhat hard to swallow: the U.S. president sends an ex-LAPD cop-turned-peace-loving British landscape artist named Nicholas Marten to find out if mercenaries in the pay of a Texas petro company have been involved in atrocities in oil-rich Equatorial Guinea. Nicholas discovers the existence of a camera memory card filled with just the sort of incriminating photos he needs. All he has to do is locate it somewhere in Europe and sidestep the mercenaries and smarmy CIA agents on his tail. With an intensity that seems genuine and a talent for assorted accents, including British, German, and Portuguese, Sowers maintains a state of suspended disbelief. Another plus is the abridgment, which gets the story told seamlessly with no strings left hanging.