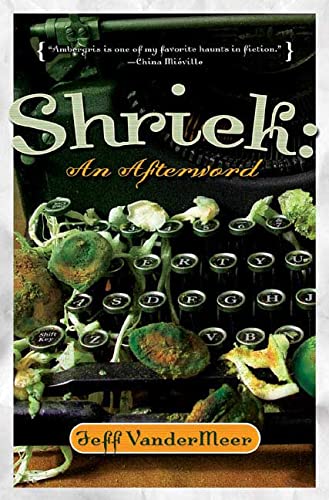 World Fantasy Award–winner VanderMeer makes a triumphant return to Ambergris, the fungus-shrouded metropolis he first chronicled in (2001), in this masterful if difficult fantasy novel. Janice Shriek, a failed gallery owner and journalist, has ostensibly created an afterword to by her brother, Duncan Shriek, a talented if unconventional historian who finds his career in shambles after his controversial theories concerning Ambergris's founding and the genocide perpetrated against its nonhuman inhabitants gain public disfavor. Worse yet, he's caught in a love affair with one of his students, Mary Sabon. A tragic, brooding figure, Duncan makes repeated journeys underground, into the world of the alien gray caps, and is eventually transformed into something both wonderful and inhuman. Ambergris is a city of magnificent, decaying architecture and multiple baroque religions, where publishers fight wars for control of civilization and authors of obscure historical texts can be major bestsellers at the Borges Bookstore. Fans of Mark Z. Danielewski, Angela Carter and Borges will be well rewarded.