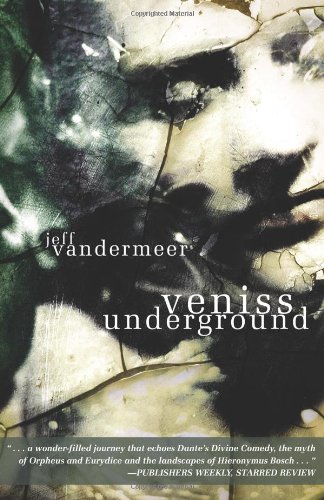 HIn his masterful first novel, VanderMeer () sets a dark, phantasmagoric tale in and beneath a decadent, far-future city where Living Artists craft monstrous works of biological art and genetically enhanced meerkats plot to make humanity obsolete. The story is told from three viewpoints, that of Nicholas, a Living Artist not quite talented enough to succeed; his more pragmatic, vat-grown twin sister, Nicola; and her former lover, the unsavory Shadrach, who has survived a childhood lived in the dangerous levels beneath the city and now operates above ground as an agent for Quin, the world's greatest Living Artist and the perverted master of much that is evil within the city of Veniss. When Nicholas's apartment is robbed and the tools of his trade are stolen, he goes to Shadrach and begs an introduction to Quin, hoping to find employment and resurrect his near moribund career. Alas, he fails to follow Shadrach's directions and soon disappears beneath the city, where he undergoes a wonder-filled journey that echoes Dante's , the myth of Orpheus and Eurydice and the landscapes of Hieronymus Bosch, while also paying homage to the work of such genre masters as Cordwainer Smith and Edward Whittemore. VanderMeer's eye for just the right gruesome detail brings his nightmarish landscapes and bizarre, partially human creatures alive in astonishing profusion. Not for the faint of heart, the story packs a strong emotional wallop. (