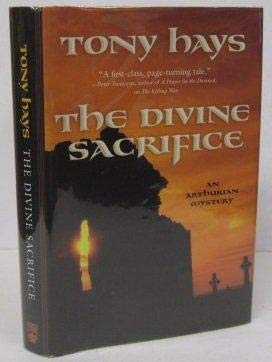 Hays's brilliant second mystery set in fifth-century Britain delivers on the promise of its predecessor, (2009). Much of the novel's strength derives from its complex lead, Malgwyn ap Cuneglas, a soldier who lost a limb in combat and is now a trusted counselor to Arthur, “the High King of all Britannia.” When a monk, Brother Elafius, dies in mysterious circumstances, the abbot calls for Malgwyn, who has previously displayed a talent for detection, to investigate. Malgwyn can't immediately identify the cause of death, but eventually finds evidence that Elafius's neck was broken. A theological struggle centered on the Pelagian heresy (i.e., that man can achieve eternal life through good works alone) as well as threats to Arthur's rule cloud the inquiry. Hays does a superb job of making the legendary king a convincing historical figure. Already, this series rivals the work of such proven masters of the subgenre as Steven Saylor and Laura Joh Rowland.