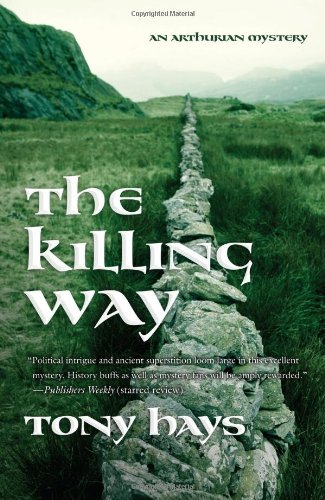 Political intrigue and ancient superstition loom large in this excellent mystery from Hays ( ), the first in a new series set in Dark Age Britain, when the Arthurian legend was born. Lord Arthur ap Uther asks Malgwyn ap Cuneglas, a clerk who has lost an arm battling Saxon invaders, to investigate the brutal slaying of Eleonore, a servant girl whose body is found outside the home of Arthur’s former teacher, Merlin, with Merlin’s bloody knife nearby. Malgywn must find the real killer fast, because the lords from all the local tribes have come to Castellum Arturius to choose a new leader, and ambitious contenders could seize on Arthur’s connection to a murderer to discredit him. One of the book’s many strengths is the way Malgywn, whose wife has died at Saxon hands, evolves from a bitter drunkard into a respected and valued adviser. History buffs as well as mystery fans will be amply rewarded.