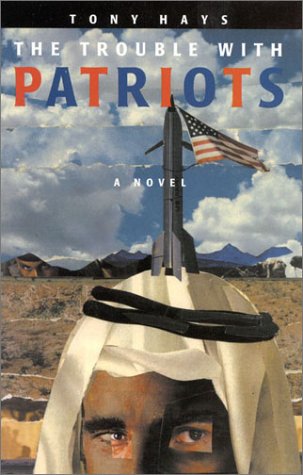 THE TROUBLE WITH PATRIOTS

Any author who tries to turn Middle Eastern conflict into Middle Eastern comedy faces a daunting challenge in ordinary times, but in light of recent events, the timing of Hays's () cultural and political satire set in Kuwait couldn't be worse. Not that timing is the only unfortunate aspect of this tepid comedy of errors, which spoofs the gulf-sized cultural divide between Arabs and Americans. The novel's hero, Tennessee native Ed Duffy, is approaching 40 and bogged down with debt. Embarking on his latest career, he joins a U.S. government program designed to teach English to the Kuwaiti military in exchange for two years of tax-free salary, which will put him in the black. Duffy expects to teach the Kuwaitis in a standard classroom atmosphere and lead a simple life while abroad. Instead, he hardly sets foot in a classroom, spends most of his time drinking vodka with a stressed-out Russian consul, plays high-stakes poker with other slacker Americans and searches for his vanished sinister roommate, Kirby Benson, whose body is later found floating in the Persian Gulf. As if there weren't enough intrigue in his life, Duffy also courts sexy and savvy American diplomat Karen Solomon in his spare time. A host of wacky characters and a story line that attempts the comic zaniness of takes the reader on a roller-coaster ride that only induces motion sickness.