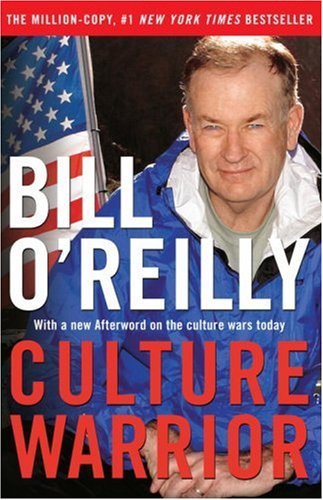 In his latest screed, the host of Fox News' mobilizes fellow "traditionalists" against a "secular-progressive movement" supposedly led by billionaire George Soros ("public enemy number one") and the liberal rhetorician George Lakoff. O'Reilly condemns the "erosion of societal discipline" flowing from an alleged "S-P [secular-progressive]" agenda of drug legalization, teenagers' rights, moral relativism, church-state separation, therapy instead of punishment for criminals and, above all, the "communist" freeloader's doctrine that the government should tax the rich to fund housing, health care and early-childhood education for the poor. None of this coheres well, but O'Reilly keeps fans stoked with red meat, including tales of ACLU Christmas-bashers who wanted schools to stop teaching kids to sing carols, and permissive judges who go easy on child molesters. Too often, though, he feuds with personal enemies like "smear-merchant" Al Franken, Hollywood liberals, press critics and unnamed "black-hearted websites." As a result, his populist swagger subsides into kvetching ("Clooney's press agent, a guy named Stan Rosenfield, began badmouthing me and Fox News around Hollywood") and paranoia ("S-P power-brokers... will command their forces to attack me in every way possible"). More resentful and self-pitying than feisty, O'Reilly may be suffering from battle fatigue. Photos.