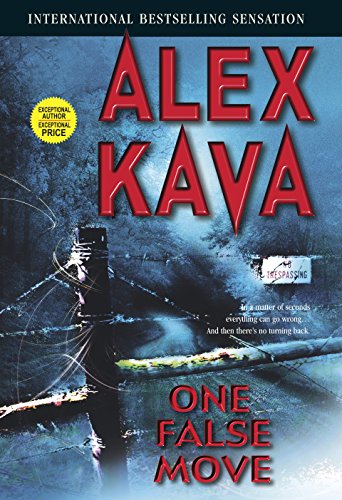 Nebraskan suspense author Kava takes a break from her successful series featuring FBI Special Agent Maggie O'Dell ( ; ) with this psychological thriller about the fallout from an abortive bank robbery. The principal players are Jared Barnett, just released by his shady attorney's machinations from a life sentence for murder; his docile sister, Melanie Starks; and her 17-year-old son, Charlie, to whom Jared is a father figure. Just as their lives seem to be approaching normalcy, Jared scopes out a bank heist and bullies his sister and nephew into helping him. Mel is designated driver in the high-risk chase that begins right after Jared and Charlie, empty-handed, flee the bank. In a remote state park cabin, Andrew Kane, a writer, happens to be alone when they appear and Mel, shocked, learns from his TV that four people were killed in the holdup. Then she remembers the childhood that she and Jared were cheated out of—a mother who washed down pills with vodka while their father mercilessly beat the children until Jared took matters into his own hands. Victims accumulate as fast as the escape route changes, while abbreviated chapters and truncated dialogue signal the approaching explosive climax. This is a one-night read with some unexplained loose ends that won't bother readers hooked on hair-raising car chases and gruesome murder scenes.