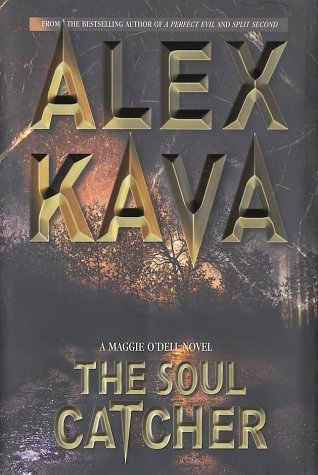 Kava dives headfirst into the headline-grabbing worlds of cult religions and FBI standoffs in this third novel to feature Special Agent Maggie O'Dell, whose profiler talents were first showcased in and. When a Massachusetts standoff results in the deaths of five out of six young cult members holed up in a backwoods cabin, things are bad enough. But when a U.S. senator's daughter is found murdered in Washington, D.C.—and her death seems to be related to the cult and its charismatic leader, Rev. Joseph Everett—the situation really heats up for Maggie and her partner, R.J. Tully. The case hits particularly close to both partners' homes, since Maggie's former alcoholic mother has joined Everett's church and Tully's daughter was with the senator's daughter on the night she was killed. Will Maggie be able to solve the case without endangering her own mother? From the Ruby Ridge–like standoff to the inability of some spiritual leaders to sexually practice what they preach, the novel manages to humanize both the seemingly impersonal institution of the FBI and cultists who are normally just labeled as wacko. Kava uses a strong supporting cast to provide Scarpetta-like authenticity and the psychological insights of Alex Delaware, and gross-out levels are high enough to satisfy the contingent. Add to that a clever surprise ending, and this one is sure to be spotted all over the beach by summer's end.