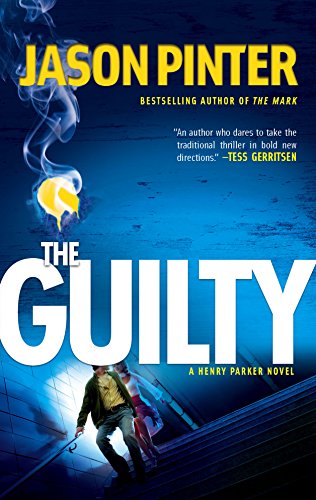 Still relatively fresh out of J-school but already a hot scribe at the New York , Henry Parker (from Pinter’s ) files another hair-raising story in the Big Bad Apple. This time the juicy journo’s on the trail of the Boy, a sharpshooting serial killer who kills his prey using an antique Winchester 1873, “the gun that won the West.” The first victim is celebrity diva Athena Paradis, and the killer leaves a note quoting a piece of Henry’s. Henry’s research reveals a bizarre connection between Henry and a long-dead outlaw of the American West, and, as victims pile up, Henry wonders if the Boy is out for vengeance. The intrepid journalist must think fast on his feet to stop him, even if it means asking for help from a rival journalist, the lovely Paulina Cole. Tension mounts, bullets fly and Pinter’s cool fusion of a new outlaw with blood ties to an old one hits the mark. The resolution is a ripsnorter, leaving thrill fans ready for the next Henry Parker newsflash.