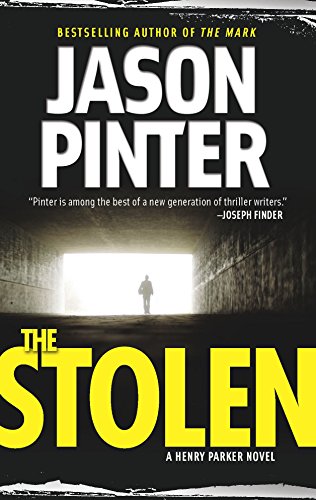 Pinter's ambitious third Henry Parker novel opens as Daniel Linwood, 11, suddenly reappears on his family's front porch five years after being kidnapped. Parker, a young but seasoned reporter, snags an exclusive interview with Daniel and his overjoyed mother. But Daniel appears to have no recollection of his missing years, and something he absentmindedly says in the interview deeply rattles Parker—convincing him there's a sinister undercurrent to this feel-good story. Working with his ex-girlfriend, Legal Aid Society lawyer Amanda, Parker meets resistance from law enforcement officials, a popular politician and even his own editor. What he gradually uncovers involves seemingly disparate individuals with unexpected motives, desperate to keep their activities a secret. Parker's first-person voice dominates: it lists between Parker as gritty, desensitized journalist and young romantic who wants little more than to spend the rest of his life with one woman. The emotional dichotomy makes Parker a captivating and complex protagonist, one whose pithy observations about New York are dead on. Pinter's chunky plot, rapid pacing and credible dialogue do the rest.