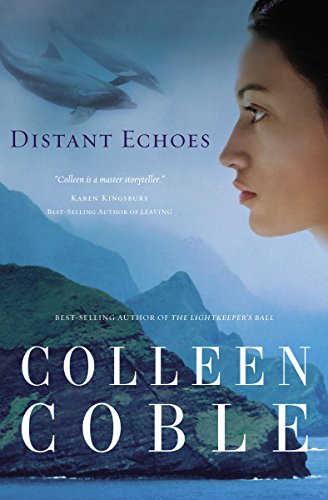 DISTANT ECHOES: Book One in the Aloha Reef Series

After a missile "accident" results in the deaths of several tourists, Hawaiian native and dolphin researcher Kaia Oana is enlisted to help the U.S. Navy determine whether the tragedy was an accident or something more sinister. When she teams up with naval security chief Jesse Matthews, readers will rightly suspect that the angry sparks that fly in their first meeting will eventually be replaced by embers of a more romantic kind. Several of the characters in this suspense novel are stubbornly two-dimensional, including the villain, and the book's faith element often feels tacked on via platitudes rather than integrated with the plot and the characters. On the other hand, the pacing is strong and consistent, with the suspense building slowly and clues being dangled at key points throughout. The real winner here is the Hawaiian setting, with Coble weaving welcome elements of traditional culture and language into the story.