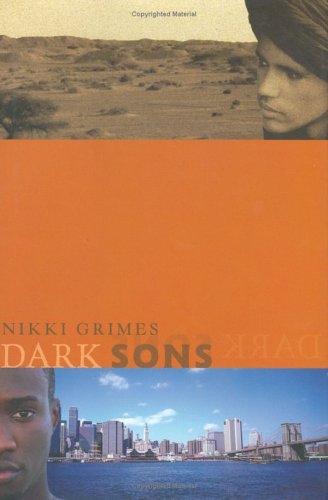 Both lyrical and powerful, Grimes's ( ) unusual novel is a meditation on faith and father-son relationships, and the incisive development of the two central characters through their alternating perspectives may well help readers overcome the overtly religious message. The novel begins with the Biblical story of Ishmael, son of Abraham, followed by the contemporary story of Sam, whose father marries another woman. While Ishmael's story is generally more complex and metaphorically rich, the parallel stories resonate with similar emotional appeals. In Books I and II, each son initially describes feelings of resentment and abandonment, as well as his fierce loyalty to his wronged mother. "He calls himself my father./ So why is he sending me away?" asks Ishmael; while Sam asks, "Why does he have to run off?/ To start some new family?/ With ?" Then in Books III and IV, each describes how he finds his way towards forgiveness and hope. Grimes's commanding metaphors ("Look at you, mother,/ trembling,/ a bowshot away,/ your tears/ the only water/ for miles," says the exiled Ishmael), authoritative style and complex characterizations are uniquely compelling. She explicitly draws the characters' lives together in the epilogue, with two poems that detail how Ishmael realizes that God has always been "looking out for me/ as only a parent would,/ being the one father/ I could count on," and Sam discovers in his devotions the Biblical story of Ishmael, "A guy whose father/ ripped his heart out too./ Me and you, Ishmael,/ we're brothers,/ two dark sons,/ .../ You made it/ in the end/ and so will I." Ages 10-14.