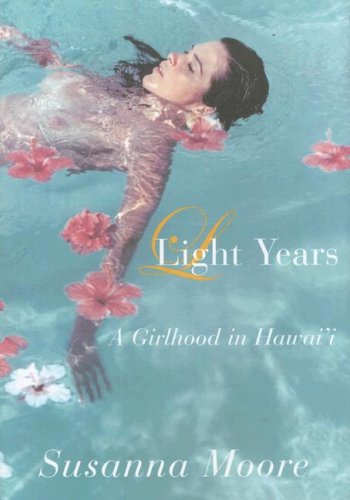 Light Years: A Girlhood in Hawai’i

Moore ( ; ), born in Hawai’i to a mother plagued by mental illness, recalls the two salvations of her childhood—the sea and books. Lying in the shade of a coconut grove that was said to have been planted by the king in the 19th century, she read , , , . She relished passages about the sea, copying her favorites into her journal and eventually excerpting them here. In her own life as well as her voyages through literature, she knew the sea as a playmate, a menace, a protector and an undertaker. In her youth in the 1950s and ’60s, just before jet air travel brought mass tourism to the state, the mysteries of islands dotting the waters awed her, as did the alluring mishmash of cultures and classes (Moore’s family were members of the haole elite). Now an island dweller of another sort—a New Yorker—she mourns losing her beloved southern seas, once-constant companions for which the Atlantic is no substitute. Moore’s premise is intriguing, and her prose elegant, with quick, vivid sketches of her island girlhood; however, with the inclusion of well over 30 passages of seafarers’ musings from canon literature, Moore’s memoir makes for an excerpt-heavy read that’s regrettably light on her personal vision.