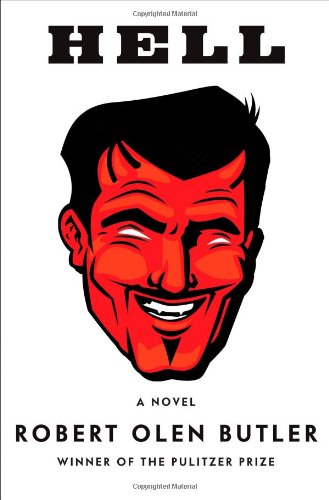 Prolific Pulitzer–winner Butler features a colorful cast of underworld dwellers in his latest novel, and, as in and , captures stream-of-consciousness in delicious, unleashed rhythm. On the downside, Butler pushes his love for thematic concept to new levels of explicit puppetry (read: gimmick). Hatcher McCord, an anchorman on the Evening News from Hell, reports on hellishly banal traumas while real-life persons suffer hilarious punishment: Adolf Hitler is repeatedly executed, only to be reassembled gruesomely, his face like a stitched football. All are ruled by a smarmy, Armani-clad Satan who smells noxiously of Old Spice aftershave, is only reachable by voice mail and blames everything on his “father issues.” But when McCord discovers that Satan can't read his mind, McCord becomes a vehicle for free will. Newly empowered, he attempts sexual and emotional relations with the love of his afterlife, a headless Anne Boleyn who gives great (if terrifying) oral sex. Butler's lust for the tabloid romp and his stream of the never-ending punch line both irritates and illuminates. The reader's taste will have to be the final arbiters of worth.