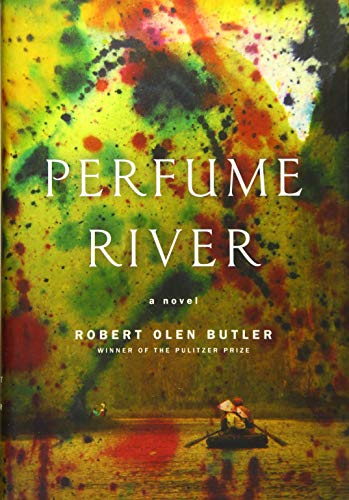 Butler’s assured, elegant novel explores a family fractured by the Vietnam War as its members face the losses of age. In 1967, Robert Quinlan enlists, hoping to secure a noncombatant role in Vietnam, while his younger brother, Jimmy, cuts family ties after his father violently rebukes his antiwar stance. While dining out in Tallahassee, Fla., 47 years later, Robert—now 70 and a university professor—meets a mentally ill homeless man, also named Bob, whom he takes for a Vietnam veteran. He is wrong, but the encounter reawakens memories of the Tet Offensive, when a split-second decision burdened Robert with secrets and guilt. The day after the encounter, Robert’s father, William, shatters his hip, and Jimmy, a resident of Canada since his flight to avoid the draft, is told of William’s uncertain prognosis. As the brothers and those around them face the possibility of a reunion, they look at their relationships anew; meanwhile, an increasingly delusional Bob crosses paths with the family again. The novel has obvious links to Butler’s Pulitzer Prize-winning 1992 collection, A Good Scent from a Strange Mountain, but its characters struggle to adapt to the dislocations caused not by war or geography but by time. Eddying fluidly through its half-century span, the book speaks eloquently of the way the past bleeds into the present, history reverberates through individual lives, and mortality challenges our perceptions of ourselves and others. [em]Agent: Warren Frazier, John Hawkins & Associates. (Sept.) [/em]
close
Details