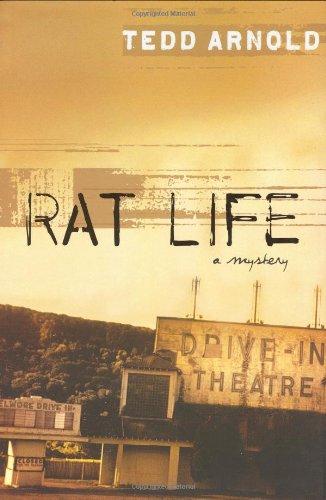 n this dark and consistently gripping mystery—Arnold's ( ) first foray into YA territory—14-year-old Todd Anthony whets readers' appetites with “a list of possible first lines,” beginning with “A dead guy washed up from the river.” Set in upstate New York during the Vietnam War, Todd works at his parents' motel and spends his school days writing stories to entertain his friends. One day while biking home, he encounters a small dog; when Todd picks it up, it bites him and darts into the road where it is hit by a cement truck. He is forced to kill it—it's been too gravely wounded—and he is subsequently devastated. Todd keeps his actions secret; he writes about the incident for a school assignment, but is unable to turn it in. “I pull her closer. Feel a tiny lick on my wrist. I'm crying. Shaking. I never knew what crying really was.” While searching for the dog's owner, Todd meets Rat, a tattooed and evasive veteran only a few years older than Todd, who offers him a job at the local movie drive-in. Meanwhile, a dead body has been discovered in the nearby river and Todd begins to suspect that Rat is involved on some level. Arnold amply demonstrates his ability to write for an older crowd, spinning a suspenseful yarn with a dizzying climax that sweeps Todd off his feet—both literally and emotionally—and will likely do the same to readers. Ages 12-up.