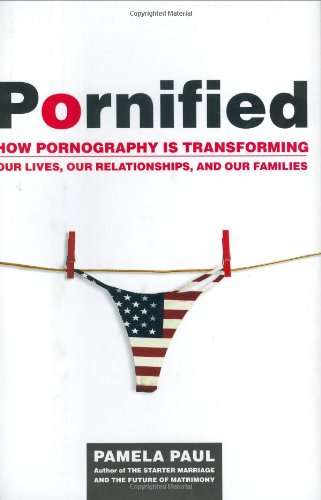 Pornified: How Pornography Is Transforming Our Lives, Our Relationships, and Our Families

Having already carved out a major niche among 20-to-30-somethings with , Paul takes on another bane of postfeminism: the Internet-enabled "all pornography, all the time" mentality of many younger men and its ripple effect on the culture.

Paul's outlines and analyses can seem simplistic, and her prose rarely rises above the level of the magazine feature on which the book is based. But she covers a lot of territory, and there's plenty to unnerve the knee-jerk "free speech" crowd. This will be a major watercooler book this season.